Social scientists are increasingly turning to computer-assisted text analysis as a way of understanding the digital footprints left by communities and individuals. In this talk, I cover the ways that text as data methods are allowing social scientists to measure things that they haven’t been able to measure before at scale. As a case study, I will present a new study of propaganda in China (joint work with Molly Roberts, Hannah Waight, and Yin Yuan). Using a newly-collected database of six million newspaper articles from major papers in China and linking them to leaked propaganda directives, we use an institutional definition of propaganda to identify newspaper articles coordinated by China’s Propaganda Department from 2012-2021. Our findings reveal that propaganda is common and increasing, both in volume and in the degree to which newspapers exactly follow official sources. I conclude with a brief discussion of other applications of text methods. 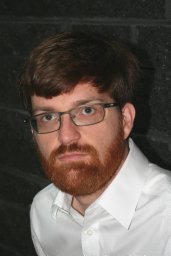 Bio: Brandon Stewart is an Assistant Professor of Sociology at Princeton University where he is also affiliated with the Politics Department, the Office of Population Research, the Princeton Institute for Computational Science and Engineering, The Center for Information Technology Policy and the Center for the Digital Humanities. I develop new quantitative statistical methods for applications across computational social science. I completed my PhD in Government at Harvard in 2015 where I had the good fortune of working with the interdisciplinary group at IQSS. I also earned a master’s degree in Statistics from Harvard in 2014.