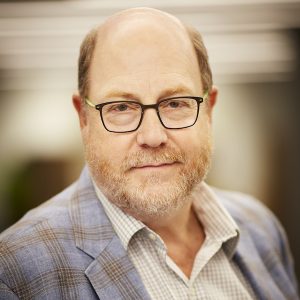 Data Science Institute Faculty Co-Director Michael J. Franklin was named a fellow of the American Association for the Advancement of Science (AAAS).

The honor, which has been bestowed by the organization since 1874, recognizes scientists for their “their scientifically and socially distinguished achievements in the scientific enterprise.” Franklin was one of nine UChicago scholars in the 2021 class of AAAS fellows.

“AAAS is proud to honor these individuals who represent the kind of forward thinking the scientific enterprise needs, while also inspiring hope for what can be achieved in the future,” said Dr. Sudip S. Parikh, AAAS chief executive officer and executive publisher of the Science family of journals.

Franklin was cited for his “outstanding research contributions with a focus on the creation and direction of AMPLab,” the Algorithms, Machines and People Laboratory (AMPLab) at UC Berkeley. While there, he was one of the original creators of Apache Spark, a leading open source platform for data analytics and machine learning.

Franklin joined the University of Chicago in 2016, and has overseen the expansion of computer and data science at the university. Under his leadership, the number of faculty in UChicago CS has doubled, the department moved into its new research and teaching facility in the John Crerar Library building, and The College launched a new undergraduate major in data science.

In addition to co-directing the DSI with Chair of Statistics Dan Nicolae, Franklin also serves as Liew Family Chair of Computer Science at the University of Chicago and Senior Advisor to the Provost on Computation and Data Science.