Data science and artificial intelligence are inherently interdisciplinary research areas, both approaches meant for deployment in fields such as medicine, business, and policy. With that in mind, the Center for Data and Computing and the Center for Applied AI at the Chicago Booth School of Business collaborated on a new postdoctoral scholar program that provides synchronous research opportunities in data science and domain fields.

For the first class of these Data Science and Applied AI Postdoctoral Scholars, we’ve accepted three brilliant young scientists who bring expertise in network performance, urban data science, and predictive modeling for social good to the University of Chicago. Starting this summer and fall, Dylan Fitzpatrick, Tarun Mangla, and James Saxon will begin work on projects at the intersection of computer science and UChicago’s field-defining programs and faculty.

“The University of Chicago has a tradition of performing field-defining research. Towards this broader goal, at the Center for Data and Computing, one of our aims is to develop the next generation of researchers and leaders in this important emerging discipline,” said Nick Feamster, CDAC Director and Neubauer Professor of Computer Science at UChicago. “This first cohort of postdoctoral researchers brings broad and extensive talent and skills to our campus. This inspiring and intrepid group is poised to engage in exciting cross-disciplinary research at the boundary of computer science, data science, and a broad array of other disciplines. I’m very happy that CDAC can help them engage in field-defining research with interdisciplinary applications, and we’re all excited to see what they’ll achieve in this exciting new intellectual territory.”

The ZhengTong Fellowship Fund, which supports the Data Science and Applied AI Postdoctoral Scholars program, was established with generous support from ZhengTong Group 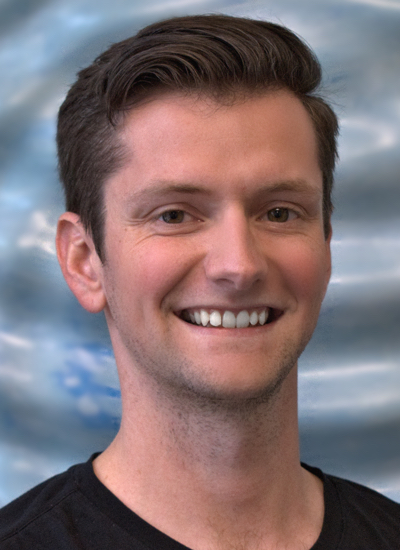 Dylan Fitzpatrick arrives from Carnegie Mellon University, where he is finishing a PhD in Machine Learning and Public Policy as a member of the Event and Pattern Detection Lab. His work there focused on developing new machine learning methods that leverage large spatiotemporal data sets to improve public health and safety. Those projects included a collaboration with the City of Pittsburgh to develop a proactive policing program aimed at reducing violent crime while minimizing risk of over-policing, and work with the Kansas State Department of Health on predicting opioid misuse from prescription monitoring data. Fitzpatrick also spent a summer with the NASA Frontier Development Lab, using satellite data to predict regions at elevated risk of flooding events.

At UChicago, Fitzpatrick will split his time between CDAC and the Urban Labs Crime Lab, where he will work with director Jens Ludwig on creation and deployment of predictive models for improving educational outcomes and reducing crime. Joining the scholars program is a return trip of sorts for Fitzpatrick, who participated in the 2014 Data Science for Social Good (DSSG) Summer Fellowship at the University of Chicago. While working on a DSSG project with the World Bank on identifying collusion in international development, Fitzpatrick gained an appreciation for how technical skills can be applied to address complex social problems.

“At that time, I was trying to decide whether to do a PhD or get a job as a machine learning engineer at a tech company,” Fitzpatrick said. “It really showed me that there is a community of people who are excited and passionate about applying these new tools to solutions that can improve public services and how people are living their daily lives.” 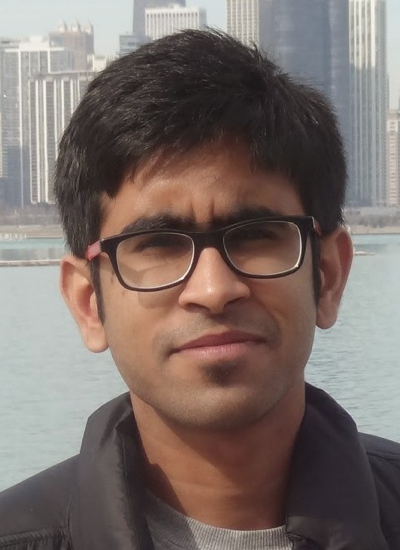 Tarun Mangla comes to Chicago from the Georgia Institute of Technology, where he is finishing his PhD in the School of Computer Science. Mangla’s thesis work studies the Internet with a focus on the performance of video applications — which now accounts for nearly 80 percent of the Internet traffic — for end users. He has worked with Internet service providers such as AT&T on developing new measurement tools that assess the “Quality of Experience” for consumers and identify potential root causes within or outside of the network.

Additionally, Mangla has explored the “digital divide” — disparities in access to reliable, high-speed Internet across the United States. By using additional, alternative datasets to supplement FCC reports on Internet access, Mangla’s work enables identification of potential rural and tribal areas in the U.S. that may lack online connectivity, helping target on-the-ground active measurements. At CDAC, he’s excited to contribute to similar projects that will map “broadband deserts” in urban areas, as well as other research where data science and smart cities overlap.

“The nature of projects there seems quite interdisciplinary, including collaborations with local government as well as medicine and policy, especially for IoT-related projects,” Mangla said. “As an engineer, I’m quite interested in problems that span multiple disciplines and have some relevance in society, so I think CDAC is a nice venue for me to do that.” 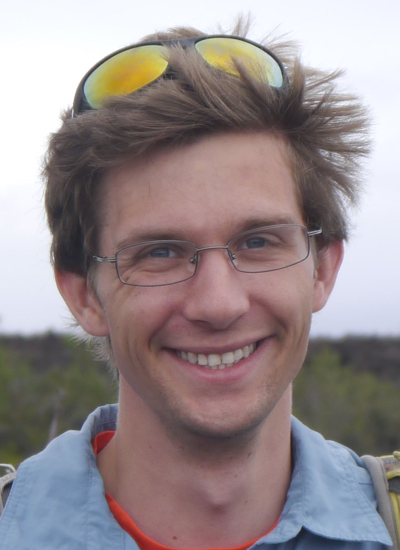 James Saxon is already an established researcher at the University of Chicago, currently working with the Harris School of Public Policy and the Center for Spatial Data Science (CSDS) after a stint with the Enrico Fermi Institute and the ATLAS project. Originally trained as a particle physicist, Saxon grew increasingly interested in social science applications of the big data tools originally designed for large-scale physics experiments. At Harris and CSDS, he used “digital exhaust” location data from smart devices to explore neighborhood-level activity and access to resources such as parks and healthcare. Other studies have looked at gerrymandering, and, very recently, how the mobility of different neighborhoods in Chicago responded to the COVID-19 pandemic and stay-at-home orders.

With CDAC, Saxon shares Mangla’s interest in finding new ways to study broadband access and the digital divide, deploying tools and software to measure the true internet speeds available to residents across the city of Chicago. He’s also working on a project to measure the use of public spaces from camera streams, and applying these data to refine our understanding of smartphone mobility data and providing valuable information for urban planners and architects.

“I’m interested in building stuff and getting it out into the world,” Saxon said. “On previous projects, we built software to make it easier for people to explore the data through an interactive website, and I’ve used laser cutters to build camera mounts for public activity projects. CDAC is a close fit for me in terms of trying to get data from the world, and building new lenses for seeing urban neighborhoods.”