Data science has matured from buzzword to widespread practice over the last decade. But as a mature scientific discipline, it still has growing up to do. The foundations of how to best extract knowledge from datasets remain unsolved, and a new generation of scholars in both the sciences and humanities need training at the intersection of computer science, statistics, and their chosen domain.

At the University of San Francisco, David Uminsky founded and led undergraduate and graduate programs in data science and launched the Data Institute, a bridge between academia and industry. Now, he’ll bring that experience to the University of Chicago, where he will act as executive director of the data science initiative. 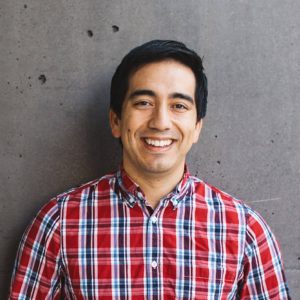 Uminsky’s background in applied math gives him a unique perspective on data science, a discipline commonly described as a hybrid of computer science and statistics. Though he started on the theory side of mathematics, his interests and research grew more and more applied with time, progressing from fractals to vortex dynamics to unsupervised deep learning.

“Applied math is the right bridge between CS and statistics,” Uminsky said. “But data science is also the future of applied math. People need to learn how to do clustering, or how to understand the linear algebra behind deep learning. That’s where you’re going to get people really excited about applications and mathematical ideas.”

After his PhD at Boston University and postdoctoral work at UCLA, Uminsky joined USF in 2012 as an associate professor in the Department of Mathematics. While there, he built and served as the founding director of a bachelor’s degree program in data science — one of the country’s first undergraduate data science majors — and took over the Masters in data science program, shifting it from a business-oriented data analytics curriculum to a more technical focus. Building off these programs, he helped create and served as executive director of the Data Institute, an umbrella organization for data science research and education at USF.

At UChicago, Uminsky will oversee new initiatives that aim to define and expand the rapidly-growing field of data science through a combination of foundational research, theory-driven approaches, and applications for societal and scientific challenges.

In all of his previous programs, Uminsky prioritized inclusivity, social impact, and ethics in data science, principles that he will bring to UChicago initiatives.

“I want to ensure that we are attracting all students into this new field and see if we can’t turn out a different representative next generation of data scientists,” Uminsky said. “Ethics is a critical piece for me as well; we’ve now seen some of the ills of data science and the misuse of AI and the misuse of information, then there’s issues like misinformation and privacy issues. I think as scientists, we cannot really intellectually say ‘that’s for the social scientists and the lawyers to figure out after we’re done building these things.’ We need to be working hand in hand with these experts to understand the implications of our work.”

The USF Data Institute also provided an interface between the university and the Bay Area tech world, forming partnerships with local businesses and embedding students at companies such as Airbnb, Google or Eventbrite to complete real-world capstone projects. At UChicago, he’ll continue to play the matchmaker both within and beyond campus, pairing young data scientists across research disciplines with the best settings that can further their training and deepen their impact.

“I really want to bring this entrepreneurial spirit to data science, around building partnerships outside the university, with government, with nonprofits, with social good organizations and with corporations,” Uminsky said. “I’ve navigated that well in the past, and I’d like to take that to the next level here at the University of Chicago.”