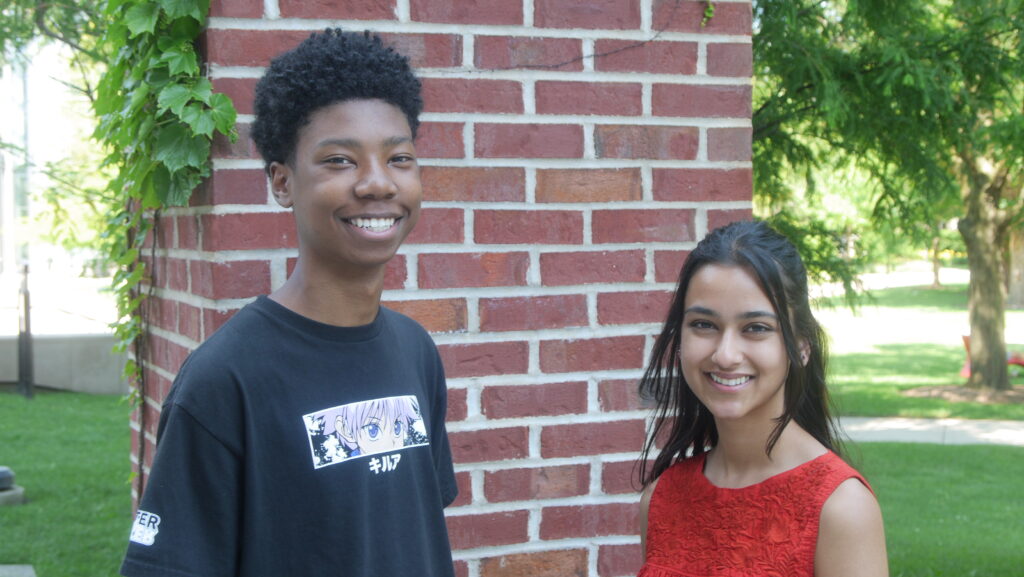 The educational mission of the Data Science Institute is to create an accessible pipeline for students interested in a data science career, building a diverse and passionate future generation of data scientists. This summer, high school students Ranya Sharma and Jaleel Drones-Akins exemplify those efforts by participating in the DSI Summer Lab, their second time in a DSI program.

Sharma, a recent graduate of Barrington High School in suburban Chicago and incoming freshman at UChicago, is in her second year of Summer Lab, conducting research with the Internet Equity Initiative and DSI faculty director of research Nick Feamster. Drones-Akins, a senior at Kenwood Academy, joined Summer Lab after completing the first edition of the Data4All Workshop in 2021, and works on a project team from the social impact track overseen by DSI data scientist Daniel Grzenda.

Both students said that Summer Lab has given them valuable research experience and improved their data science skills.

“I always knew that I wanted to study computer science, since the end of my sophomore year of high school,” Sharma said. “But I never really had experience in it, except for in a classroom setting. So I wanted to fully dive in deep as to what people do in computer science beyond basic coding classes.”

“It has advanced my interest in data science and computer science in general,” said Drones-Akins. “I came into the program, and I thought I knew so much. And then once I got here, I thought, ‘OK, there are a lot of things that I didn’t know about.’ I feel like with that knowledge now, the program has prepared me more for what’s to come in the future.” 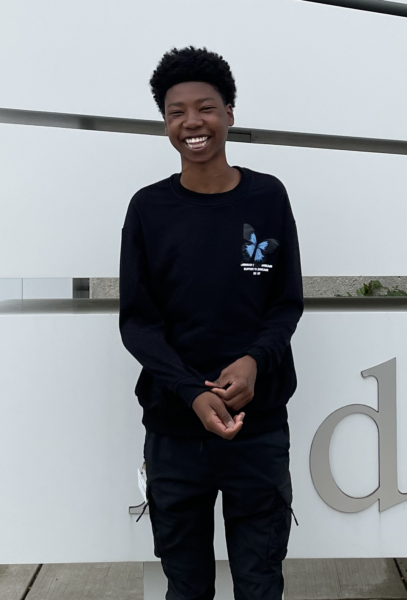 In Data4All, Drones-Akins was part of a cohort of South Side high school students that learned about the power of data to answer important questions in science and society and bring about positive change. With faculty, students, and researchers from UChicago, Argonne, and Fermilab, the students applied their new knowledge in group projects using real COVID-19 data, studying the effects of the pandemic across Chicago neighborhoods and demographic groups.

Drones-Akins credits the workshop with introducing him to using the Python programming language and Jupyter notebooks, skills that he uses frequently in Summer Lab. This summer, he’s part of a team working with partner organization and 11th Hour Project grantee Remora Fishing Traceability on their “Smart Scale” technology that uses computer vision and deep learning to estimate the weight of fish caught at small fisheries.

“Having the knowledge of how to work with those tools definitely prepared me for the project that I’m working on,” Drones-Akins said. “I’m actually able to do research now, whereas Data4All felt like a prep for this summer – it was a really good prep, because it taught me essential skills. Summer Lab is definitely more hands-on with the research, and I love that.” 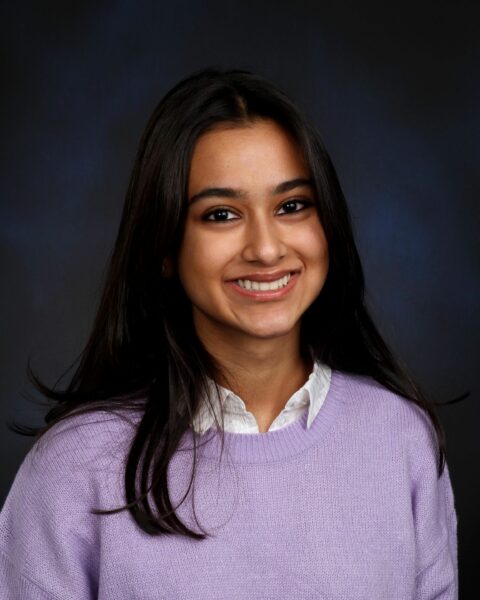 Sharma is spending her second consecutive summer working with Feamster, who studies internet network reliability, security, and privacy. Last year, her work on encrypted DNS resolvers led to a paper submission, and she’s continuing that study this summer while also working on data analysis and visualization for the Internet Equity Initiative’s household internet measurement study. Not only did Sharma return for a second round of Summer Lab, she also will join University of Chicago as an undergraduate this fall.

“I had a very positive experience, I felt like my work was valued,” Sharma said. “It’s an environment where there are many people to support you, and you have the best resources at your fingertips.”

Both students said they saw themselves pursuing a future in computer or data science, and that Summer Lab had opened their eyes to the wide variety of career options in those fields.

“I’m hoping to do my undergraduate studies in computer science, and maybe after that I’m interested in potentially going to law school to further study the intersection between computer science, technology, public policy and law,” Sharma said. “Before coming to Summer Lab, I didn’t know if there were even careers in technology and law. But when I came here I found a community of people doing that same work. So you feel supported with a group of people who are interested and are successful in the same domain that you’re interested in. If it wasn’t for Summer Lab, I’m not sure if I would have been so sure about pursuing computer science, it has really just dramatically increased my passion for this area.”